Nestled in the south eastern corner of Australia, Melbourne is a truly captivating city. Voted the most liveable city for many years in a row the developing urban jungle of down under has endless things to do. Whether you’re looking for world class food, luscious green parks or vibrant street art this city is a true gem. 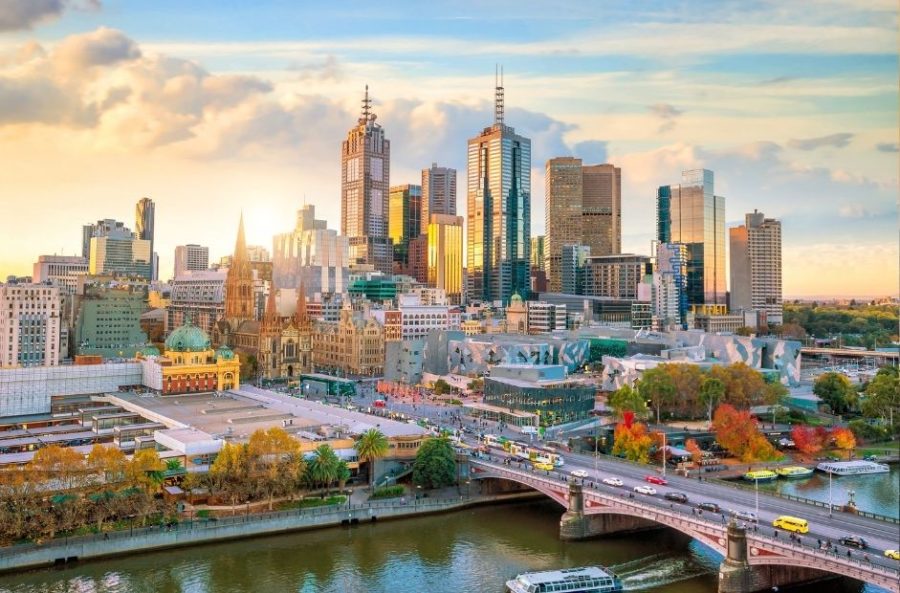 Where To Stay In Melbourne?

Southbank: Located right in the heart of Melbourne is the Southbank precinct. It is a stretch on the Yarra River which runs directly through the city. From here you are able to stroll along the city’s promenade, take in the views of Flinders Street Station or visit one of many eateries along the river. You can also step outside your room and walk straight into Crown Casino.

North Melbourne: Located right in the middle of Melbourne’s transport system, North Melbourne is one of the most convenient places to stay. There are a number of different hotels to suit a variety of budgets. The tram lines out from here take you directly into the city and also up to the shopping district in Bourke Street Mall.

St Kilda: One of Melbourne’s beachside suburbs, St. Kilda is 20 minutes from the centre by tram. It has a hostel vibe with backpackers lining both Acland Street and Fitzroy Street. Here you’ll find the iconic Acland Street restaurants, cafes and bars. If you’re looking for somewhere more laid back with plenty of Melbourne’s famous book shops then Fitzroy Street is the place for you.

Docklands: Located in Melbourne’s CBD, Docklands is home to the Etihad Stadium which plays host to AFL matches, concerts and other major events throughout the year. Whilst staying in this area you are able to walk through Docklands Park which has two beaches, open air pools and a running track.

Brunswick: Only a 15 minute tram ride from the city, Brunswick offers a bit of a more relaxed experience. With plenty of cafes, restaurants and bars it’s on the quieter side and also located close to the train station. This area is on the more popular side so you will find lots of people out at night. Home to some of the best food available in Melbourne its more of a trendy pic in the suburb of high gentrification. 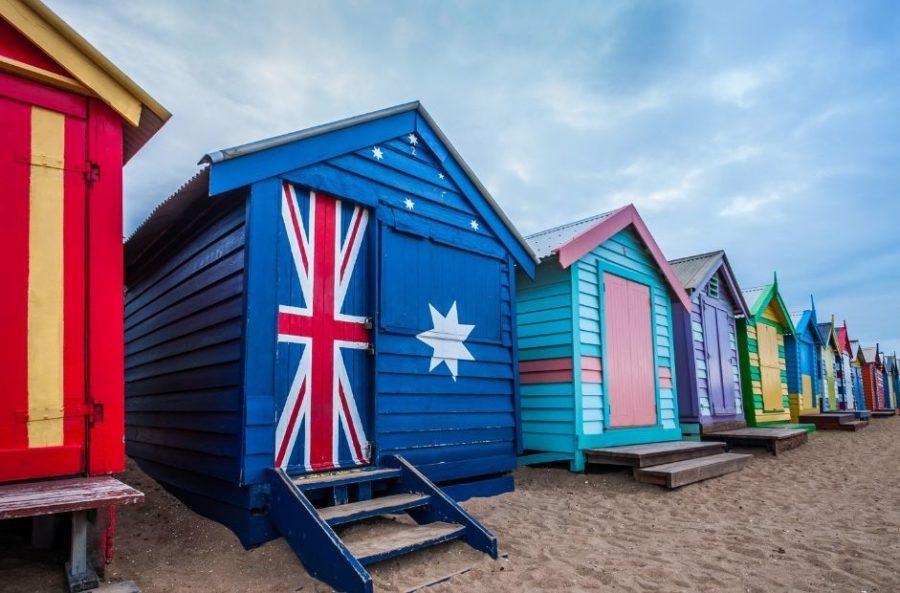 What To Do In Melbourne?

Eureka Skydeck: When you visit one of the highest vantage points in Melbourne you are able to see an impressive 360 degree view of the city. The Skydeck is situated on the 88th floor of Eureka Tower, right near Flinders St Station on the corner of King St and Flinders St. At night the Skydeck is open until 11pm but during the day it closes at 5pm so make sure you book tickets in advance if you want to visit during opening hours. A must see for first time visitors.

Healesville Sanctuary: Located just an hour and a half from Melbourne, Healesville Sanctuary is one of the best places to get up close and personal with some of Australia’s local wildlife. There are walking trails through the sanctuary and educational talks available throughout the day. Open between 9am and 5:30pm there is plenty of time to see everything on offer here.

St Kilda Pier: St Kilda Pier is located right by St Kilda Beach and is one of the most popular beaches in Melbourne. As well as being a beautiful area to take in the sunset it also has a boardwalk which takes you along the beach, past the pier and along Marine Parade. Once at the end of Marine Parade you can take in some of Melbourne’s famous street art on your way back to your hotel.

Mt Dandenong: Located 70 minutes from the CBD, Mt Dandenong boasts incredible views of Melbourne from its summit. The views over the city are outstanding and at the top there is a cafe which is worth a visit for a hot chocolate or a coffee. You can also grab a map at the base station which shows you the walking tracks around the area and which ones will take you closest to some of Mt. Dandenong’s natural treasures such as Waterworks, Rainbow Ridge and Giant Gums.

Federation Square: Located in the centre of the city, Federation Square is a large plaza which offers a number of different experiences. Built around public transport you will find a shopping centre, restaurants and cafes. There’s also a public art gallery and an open air cinema which plays films throughout the year. In January to March there is also street entertainment on offer which makes Federation Square Melbourne’s best festival venue.

Melbourne Museum: Located at the foot of Flinders St Station this museum offers insight into many aspects of Melbourne’s history and culture. It also covers the natural world of Victoria and has one of the best planetariums in the country. Open between 10am – 5pm on weekdays and 10am – 6pm on weekends, this museum is a must see.

Crown Casino: Crown Casino is the city’s main gaming hub and right here in the heart of Melbourne you can expect to see some of Australia’s biggest stars perform live.