With over 3 million confirmed deaths in 2019, Chronic Obstructive Pulmonary Disease or COPD for short is now the third leading cause of fatality in the world.1 COPD is common however it is completely preventable and treatable when caught early. It’s recommended to check now.


This chronic lung disease affects both men and women and with early diagnosis can slow the progression of COPD drastically.T he United States sees more then 3 million cases of COPD each year and 90% of patients have prior history of smoking.2 However non smokers can develop this condition from second hand smoke or pollution in the air or genetic predisposition of their DNA. There has never been easier access to early diagnostic treatments so being prepared is your best defence. 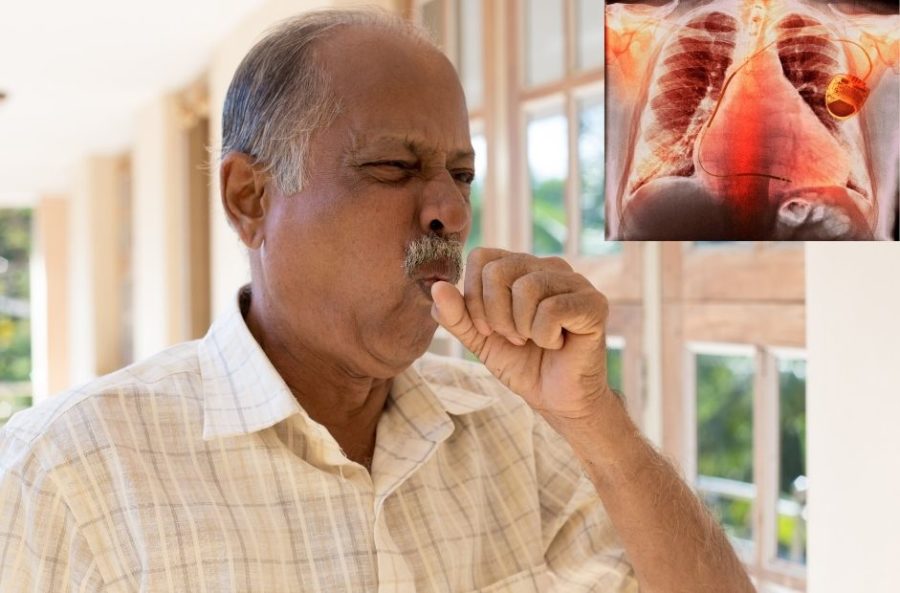 COPD occurs in patients when abnormalities in the small airways of the lungs form restricting airflow in and out. There may be mucus blocking the airways, inflammation, destruction of lung tissue or swelling inside the lungs. Other terms for this condition which can be more common include “emphysema” or “chronic bronchitis”. COPD is somewhat similar to asthma but its important to know the difference for early prevention as they’re two different diseases entirely.

There are numerous warning signs of COPD that can be recognised in early stages. A mix of these following symptoms is what most COPD sufferers experience:

– Shortness of breath even without exercising or exertion. If you experience shortness of breath simply by getting off your couch it might be an accurate early warning sign.
– Frequent Respiratory Infections such as bronchitis or lingering coughs
– Difficulty sleeping and shortness of breath in the night
– Lethargy and tiredness constantly
– Increased heart rate and anxiety
– Wheezing, chest tightness and constant coughing
– Morning headaches and unexpected weight loss
– Producing large amounts of mucus frequently and the need to spit it out
– Swelling of hands, feet, ankles and legs can be a sign of bad circulation of COPD

As COPD progresses it can be difficult to undertake daily activities which often lead to shortness of breath. If you’re experiencing any or a range of those symptoms its highly recommended to visit your doctor for diagnosing methods.

A combination of risk factors may play a role in the development of COPD in people but the main documented causes so far include:

– Tobacco and smoking product inhalation
– Occupational exposure to dust, chemicals and fumes.
– Indoor air pollution
– Early life events such as premature birth can defect lung structure
– Asthma in childhood and earlier stages of life
– a rare genetic condition called alpha-1 antitrypsin deficiency, which can cause COPD at a young age.

COPD can be diagnosed by your general doctor using a range of diagnostic techniques. Questions such as:

– Have you smoked/Are you a smoker?
– Family history of COPD?
– How often do you exercise?
– How would you rate your anxiety on scale of 1-10?
– Do you suffer from Shortness of breath in daily activity?

After this brief examination further tools such as physical exams, blood tests or the Spirometry breath test will be used. The spirometry breath test is still the most accurate method for acknowledging the symptoms of COPD and which stage the disease is at if you’re beginning to develop the condition. X-rays on the chest may be used if your doctor believes there is physical damage inside the lungs causing restriction of air flow.

Whilst there are no treatments for curing COPD at this stage there are many ways to slow and treat it from developing further and hindering life. Like mentioned before the earlier it is diagnosed the easier it is to manage in your life. Doctors will suggest the following:

Quitting Smoking immediately as it will stop further damage occurring to the lungs and internal tissue. Following a healthy diet and exercise plan to help improve blood flow and cellular level detoxification. Such medication like bronchodilators and Corticosteroids can be prescribed if there is any worsening of symptoms.

Patients with advance stages of COPD are often prescribed oxygen therapy which helps the body to uptake necessary oxygen to feel energised. Oxygen therapy also helps to protect other organs like the heart, brain and liver which can be damaged as a bi-product of restricted air intake from COPD sufferers. Patients with very strong cases of COPD may actually require a lung transplant or surgery for survival.

If you’re experiencing any of the symptoms said in this article and have history of smoking or COPD in the family its strongly recommended to see a medical professional today. When caught in the early stages COPD is very manageable in ones life and modern techniques are helping people live with this debilitating condition. If COPD is able to develop and worsen in the body it can lead to death and with numbers rising in America and around the globe there has never been a better time for a check up today!