Iodine plays a crucial role in the function of the thyroid gland, which is a vital part of your endocrine system. However, recent studies have revealed that the level of iodine in the food items commonly consumed by people is not as high as it should be. This is due to changes in the agriculture of foods and the way animals are raised in factory farms.

An estimated 2 billion people around the world are iodine deficient which is causing detrimental health effects often undiagnosed.1 In order for your body to maintain a proper balance and function properly, you require an adequate amount of iodine rich foods for thyroid from various sources which we will go into further in this article. 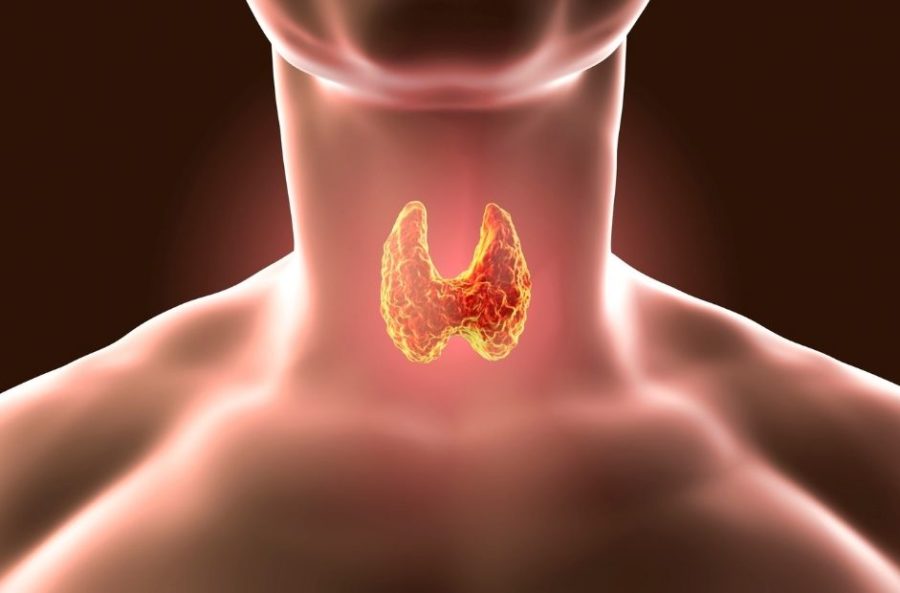 What Is The Thyroid And Its Function?

The thyroid gland is a small gland located at the front of your neck and basically produces two hormones: TSH (thyroid stimulating hormone) and TRH (thyroid releasing hormone). These hormones are mainly responsible for regulating the metabolism of your body.

Hypothyroidism occurs when your thyroid gland does not produce enough of the hormone thyroxine (T4). It is commonly caused by autoimmune disorders such as Hashimoto’s thyroiditis or Grave’s disease, but can also be brought about by other illness and conditions like surgery, radioactive iodine treatments and sometimes certain medications.

Hyperthyroidism is when there is excessive secretion of the hormone thyroxine (T4) in your body. It can be caused by thyroiditis, Grave’s disease, autoimmune disorders like Hashimoto’s thyroiditis or surgery. This condition can be extremely dangerous and one should seek medical attention immediately if they suspect it. 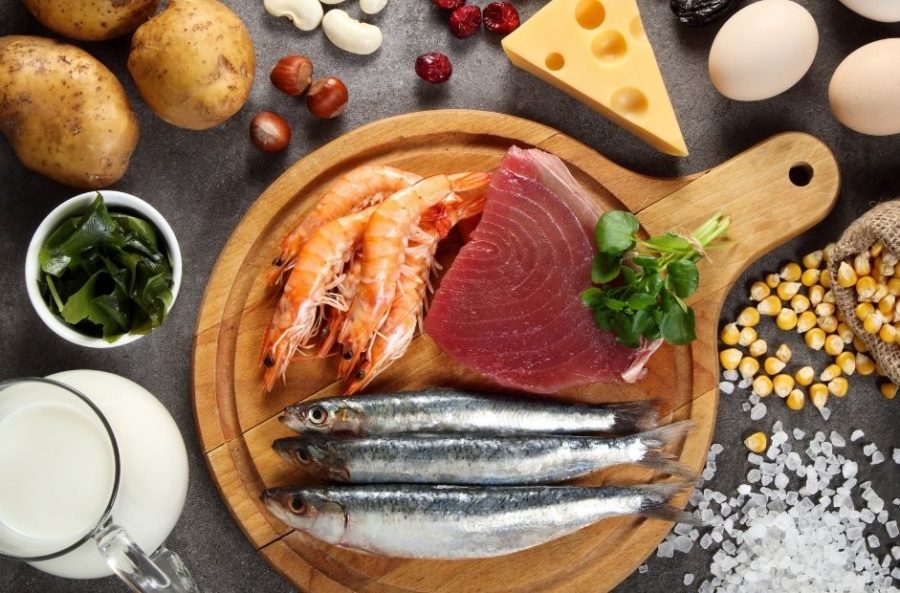 Seaweed Varieties: Seaweed is a very good source of iodine, containing various amounts ranging from 10 mg to 150 mg per 1 ounce. The best type of seaweed to consume is the kelp which has a high concentration of iodine and a smaller amount of sodium. It also contains a large amount of fiber, vitamins and minerals. The worst type is nori, which has no nutrition value other than iodine. Iodine should be consumed in moderation because too much can lead to iodine overdose.

Oysters: Oysters are packed with various vitamins and minerals, but they are most commonly known for their high iodine content. Oysters contain up to 220 mcg of iodine per 3 ounces. Out of the iodine rich foods for thyroid oysters have numerous other beneficial minerals.

Wild Cod: Wild cod has a very high iodine content, containing up to 380 mcg per 3 ounces. Other types of fish that are high in iodine are pike, sea bass, trout, halibut, mackerel and fresh water fish like bass.

Wild Tuna: Tuna is a type of fish that can be very high in iodine, containing up to 200 mcg per 3 ounces. The tuna sold in cans has a lower concentration of iodine compared to the ones sold fresh because during the filleting process, the bones are removed which are rich in iodine.

Beets: Beets are highly beneficial for your health as it contains vitamin C, folate, magnesium, fiber and various other vitamins. It also contains a small amount of iodine which amounts to about 90 mcg per 3 ounces.

Liver: Liver is another high concentration source of iodine. A 3 ounce serving can yield up to 25 mcg of iodide per serving.

Whole Eggs: Whole eggs are a rich source of iodine, containing up to 30 mcg of this mineral per egg.

Milk, Yogurt and Cheese: Whole milk and yogurt contain up to 20 mcg of iodine per 8 ounces. Cheddar cheese contains even more content, with a serving yielding between 40 to 60 mcg.

What Other Nutrients Does Thyroid Require?

An adequate amount of iodine is required by the thyroid gland to produce hormones. There are other nutrients that are also required to maintain the optimal functioning of the thyroid gland. These nutrients include: calcium, iron, magnesium and selenium.

Calcium: The calcium in your diet is needed for the production and function of the thyroid gland. A lack of calcium can result in a decrease in the production of T4 and an increase in TSH. Calcium is also involved with the synthesis of other hormones as well as cellular activity, growth and repair.

Iron: Iron plays a crucial role in maintaining an adequate amount of oxygen as well as important enzymes within the whole body, including those within the thyroid gland. Iron also aids in the production of T3 and T4.

Magnesium: The thyroid gland requires magnesium to produce the hormones T3 and T4. A deficiency of this mineral can lead to a decrease in the production and function of the thyroid gland. It is also involved with many other processes that play a role in maintaining optimal health and functioning of other bodily systems, like those within the metabolism.

Selenium: Selenium works with iodine to produce proteins that are used by your body to synthesize its hormones. It helps regulate your metabolism, boosts your immune system, improves heart health and prevents cancer. Foods rich in selenium are just as important as iodine rich foods for thyroid.

Hypothyroidism occurs when there is a decrease in the production of the hormones T4 and T3. This causes a decrease in the metabolism which can lead to fatigue, hair loss, weight gain, constipation, muscle weakness and menstrual irregularities. Hypothyroidism can also be accompanied by depression and weight gain even if you are not eating more. Additionally, there can be a decreased amount of body heat leaving you feeling cold often.

Hyperthyroidism occurs when there is an increase in the hormonal production of T3. This condition is usually accompanied by weight loss, nervousness, insomnia and anxiety. There can also be a build up of body heat which will result in sweating, increased appetite and hot flashes. This sort of issue requires eating less iodine rich foods for thyroid issues as it is an over production of hormones.

What Inhibits Uptake Of Iodine?

Quit Smoking: Smoking has been shown to inhibit the uptake of iodine and can also increase the body’s excretion levels of these nutrients and therefore lower levels in the thyroid. With help to quit smoking try Smoke Free help lines.

A Poor Diet: It is clear that a diet low in foods rich in iodine will affect your thyroid function.

Alcohol: Alcohol has been shown to inhibit iodine absorption.

Maintaining an adequate amount of iodine in the body is extremely important in order to prevent many problems in the future. An iodine deficiency can lead to hypothyroidism or hyperthyroidism which are both difficult condition to deal with when they are not diagnosed early enough. A lack of iodine can also lead to goitre, mental deterioration, weight gain, low energy levels, mood swings and fatigue. Making sure to eat iodine rich foods for thyroid function will safeguard your vitality leaving you refreshed, motivated and energised.

Benefits of beef liver and bone marrow, Why apple cider vinegar is beneficial to seniors, 7 benefits of red meat consumption.